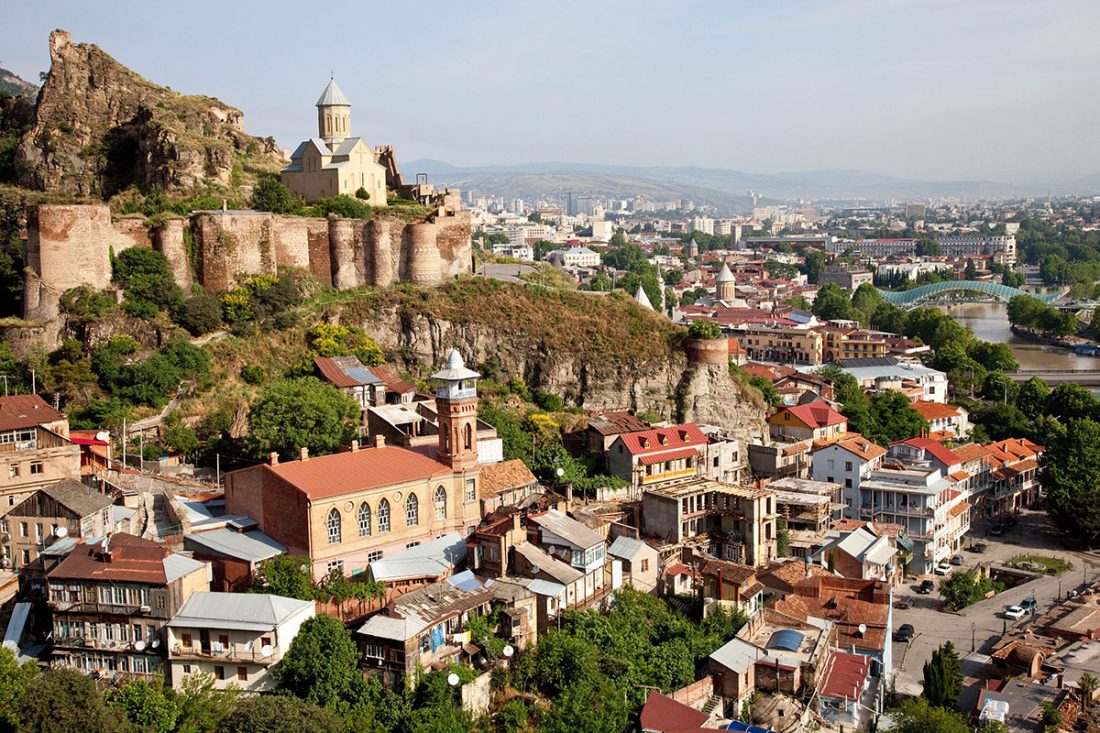 The 10 Hottest Travel Destinations of 2017 (Vogue)

Last year, savvy travelers flocked to Rio for the Olympics; Cuba, because they could; and America’s national parks, to celebrate the 100th birthday of the natural wonders in their own backyards. In 2017, we’ll see hot spots like Sri Lanka, Colombia, and Oman remain popular, but travelers will venture off the beaten path, beyond each country’s tried-and-true holiday escapes.

Remote parts of the world will become more accessible than ever, thanks to new heli-skiing operations in the mountains of Georgia and a new walking trail that crosses the length of Jordan. Malaysia’s beaches are primed to become the new alternative to island getaways in Vietnam and Thailand, and there’s a Caribbean destination with just as much culture as Cuba, minus the crowds. You’ll want to get your passport ready to experience a fresh take on the African safari in Madagascar and the new capital of Nordic cool in Europe, and for something close to home, there’s a U.S. mountain town you’ll want to experience now, before the secret’s out. 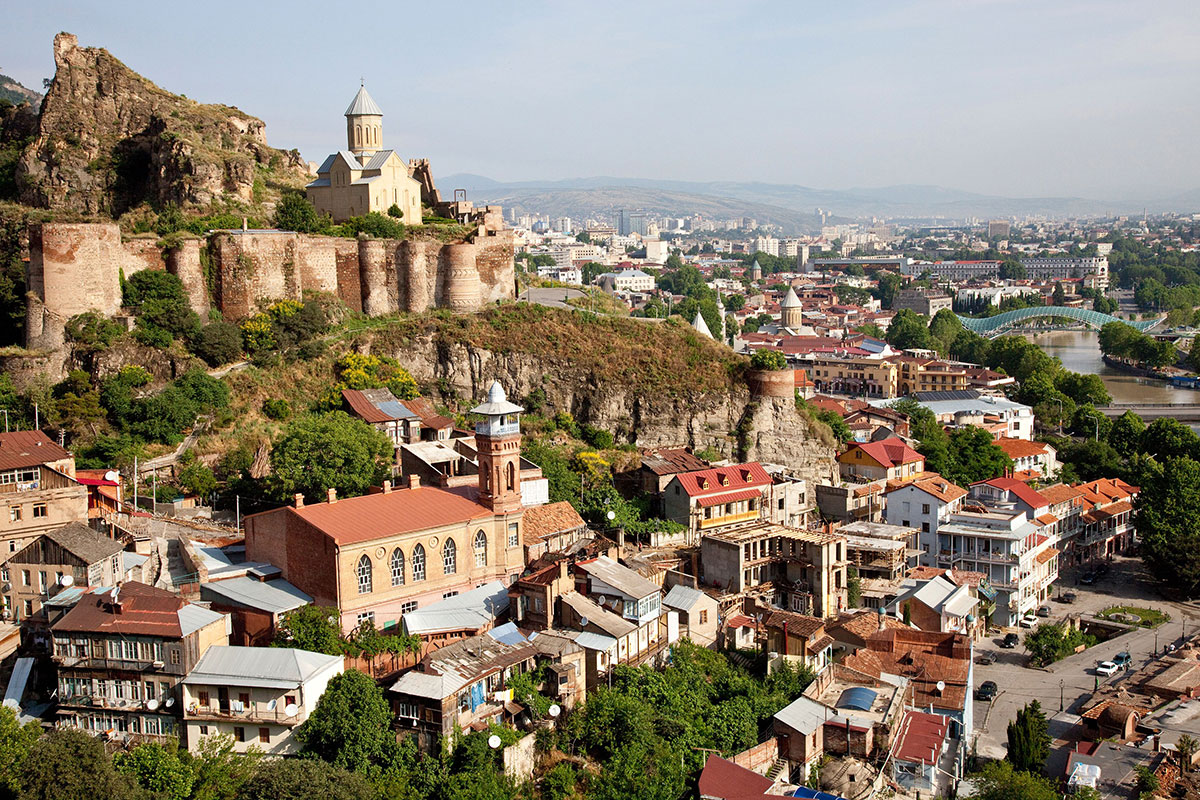 Georgia (the country, not the state) has gotten buzz in recent years for its surprisingly great wine scene. But a stellar bottle of vino is just one reason to visit. The capital, Tbilisi, with its young, creative class and Brooklyn-esque undertones, has emerged as a hub of cool. The super design-y Rooms Hotel should be your base for exploring the city’s exciting art, music, and food scenes. Bassiani, a favorite local music venue, brings in the best electronic music performers from around the globe, while Fabrika, a Soviet-era sewing factory turned multiuse cultural space, highlights Tbilisi’s urban artists. Georgian food has begun to come into its own right, due to innovative restaurants like Le Montrachet, a neo-bistro run by former French Laundry alum Francesco Manalo. And thanks to a new partnership between Rooms Hotel and Kazbegi Helicopters, Georgia is primed to become a new winter playground for hard-core skiers and snowboarders looking to access untouched terrain in the Caucasus Mountains. 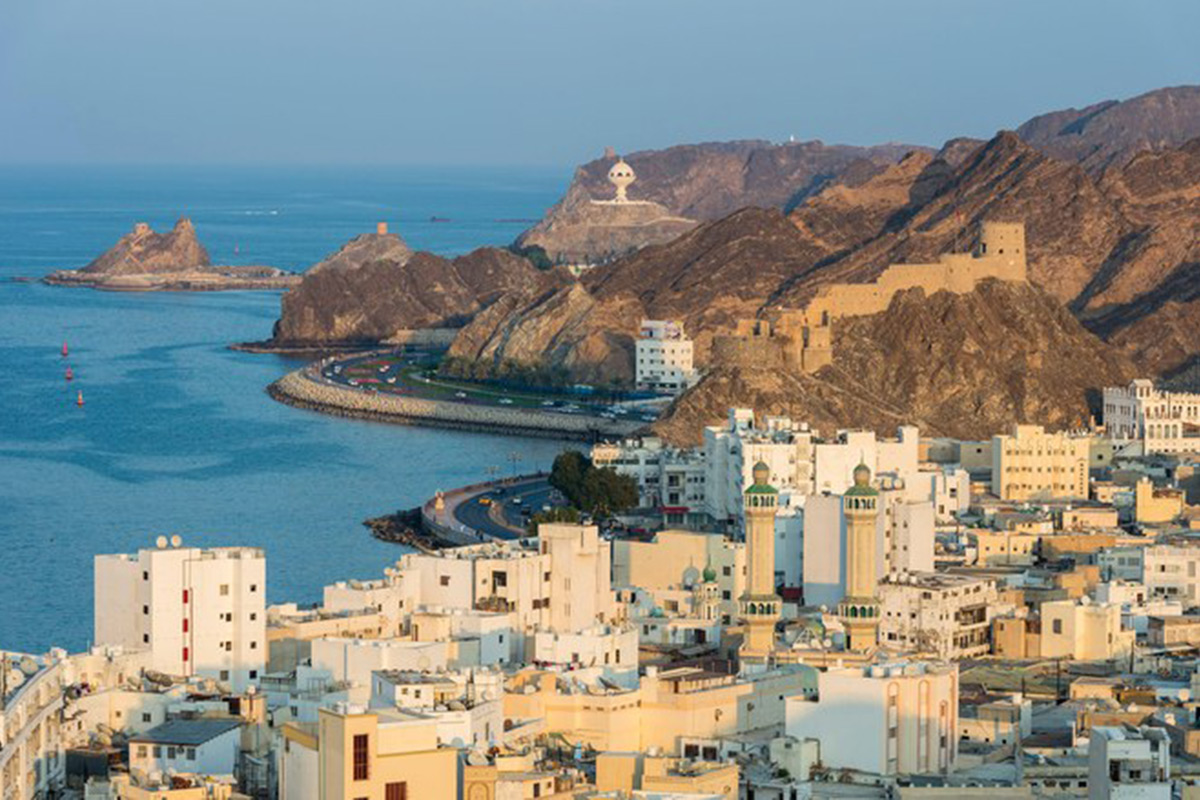 For years, Europeans, particularly Brits, have known Oman as the Middle East’s ultimate holiday escape. Only recently have Americans caught onto the country’s natural and cultural attractions. The antidote to the bling of Dubai, Oman offers incredible natural beauty in the form of the vast desert, pristine coast, and rugged mountains. For the past year, the dramatic sandstone mountains and empty beaches of the north have gotten most of the attention, thanks to luxe hotels like Six Senses Zighy Bay, Alila Jabal Akhdar, and most recently Anantara Al Jabal Al Akhdar, which opened this October with a stunning location nestled into the Saiq Plateau.The November opening of Al Baleed Resort Salalah by Anantara, bordering the historic Al Baleed UNESCO archaeological site, is a sign that travelers are ready to explore the south. And Oman experts HudHud Travels can coordinate incredible desert experiences between the north and south. 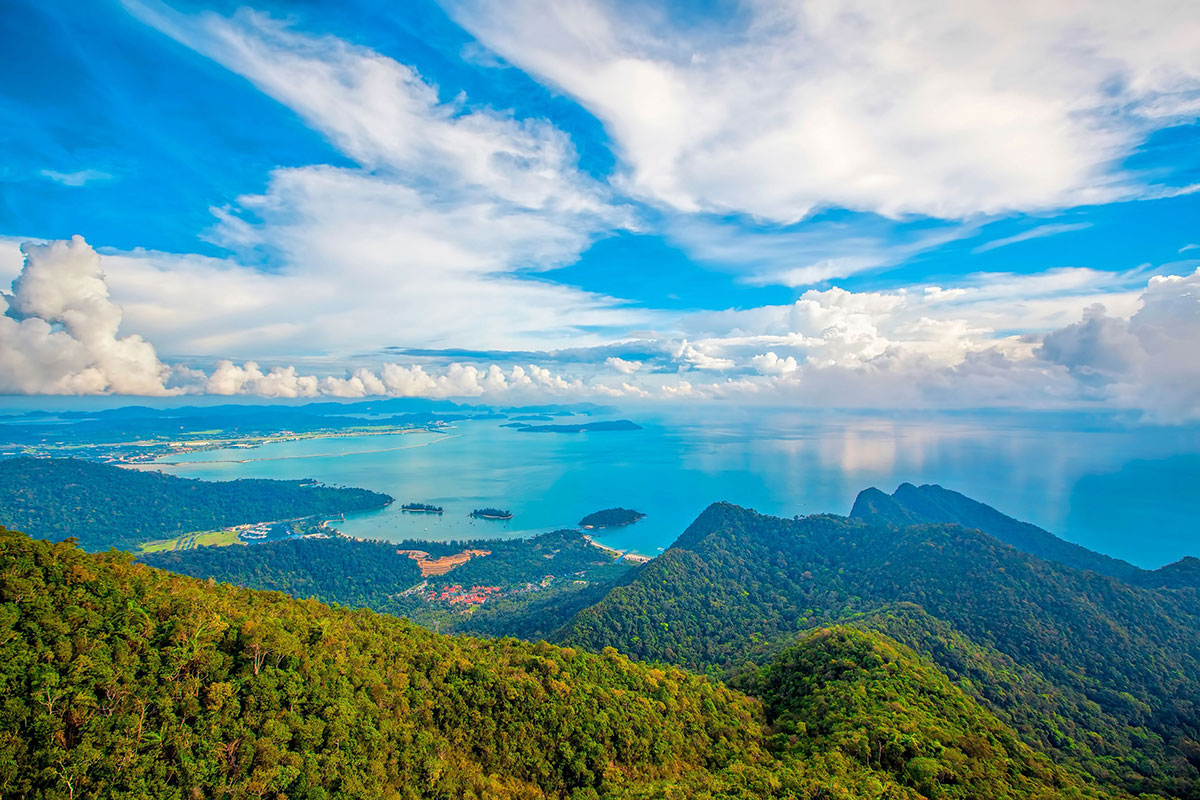 Thailand and Vietnam have traditionally stolen the spotlight in Southeast Asia, even though Malaysia’s cuisine, art, architecture, and beaches are just as fantastic. Langkawi, an archipelago made up of 99 islands on Malaysia’s west coast, is about to put the country on the travel map. The St. Regis opened the country’s first all-suite resort here, complete with a Bill Bensley–designed restaurant and the largest swimmable lagoon on the island. Next summer, the Ritz-Carlton is scheduled to open a 90-room, 30-villa property with a destination spa that will rival even Thailand’s famous wellness retreats. 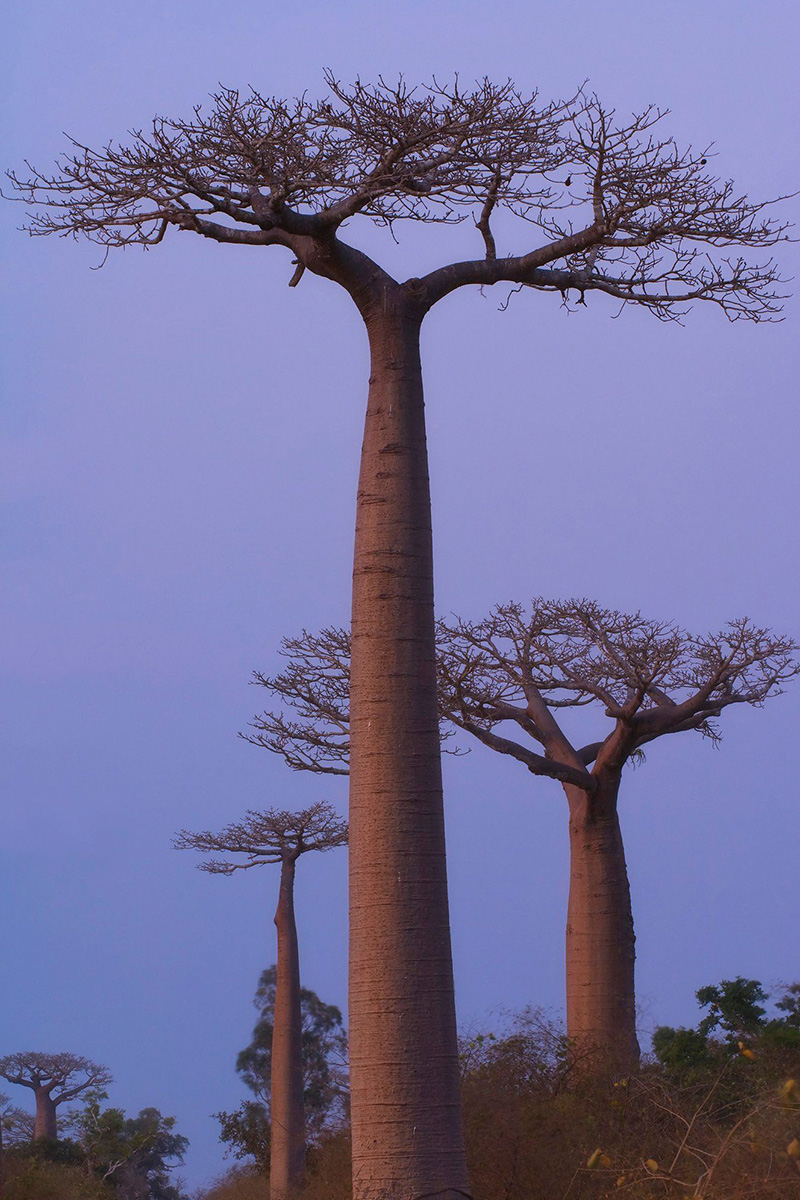 The Big Five aren’t the only wildlife worth seeing in Africa. About 75 percent of the species found in Madagascar live nowhere else on the planet, making the island Africa’s version of the Galapagos. Next year’s opening of Miavana on the island of Nosy Ankao finally gives the country its first plush base for exploring the wildlife and wilds. The conservation-minded property will reinvent the traditional safari experience, offering lemur treks on land and “blue safaris” in the surrounding marine preserve. More adventurous types can island-hop the Nosy Be Archipelago on a seven-night cruise with the Sailing Collective. Stops include epic dive sites; traditional villages; lemur colonies; and dreamy, empty beaches. 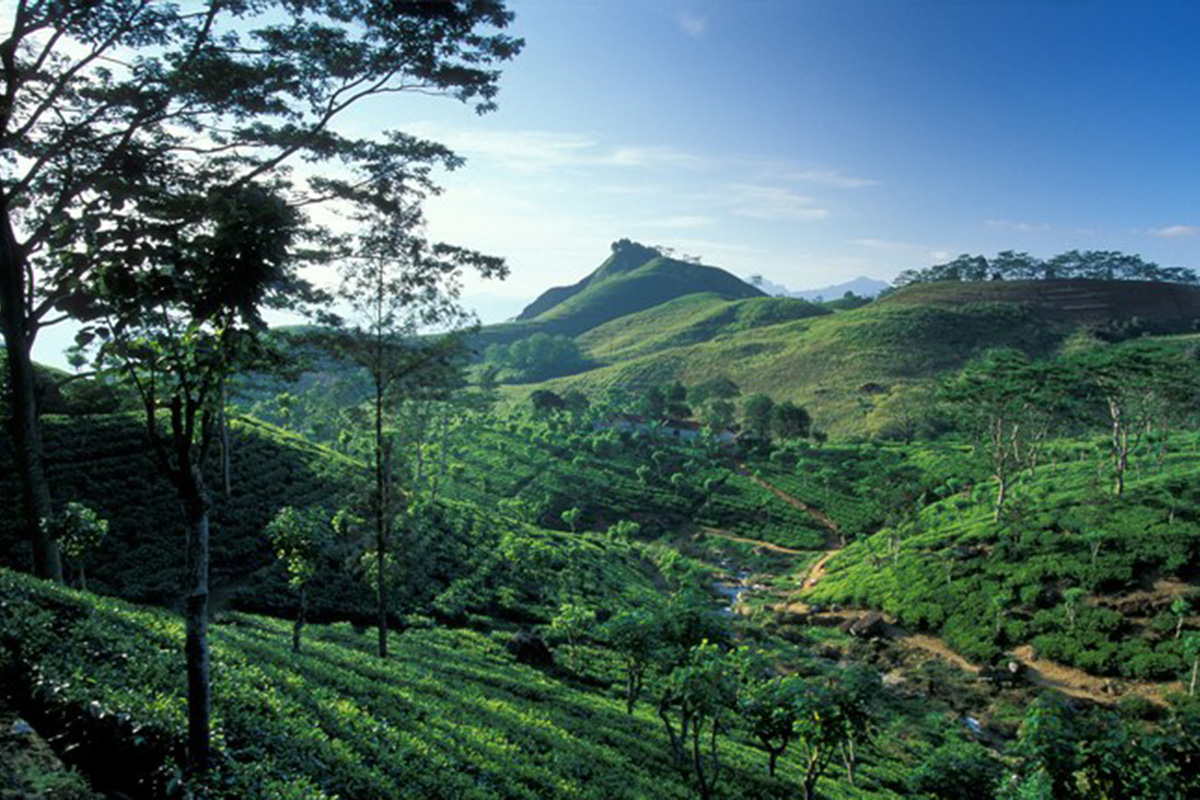 We’ve been calling Sri Lanka the next It destination for the past five years, however, tourists have always flocked to the coast (and with good reason). Sun and surf will remain a big draw, especially with new beach retreats, like the recently opened KK Beach on the south coast near Galle. But in 2017, we’ll also see Sri Lanka emerge as the next hot wellness escape, ranking up there with India, California, and Thailand, thanks to forward-thinking retreats like Santani and Tri. The country’s wildlife and interiors will also become a draw, particularly when Resplendent Ceylon’s Wild Coast Tented Lodge opens at the edge of Yala National Park next October. 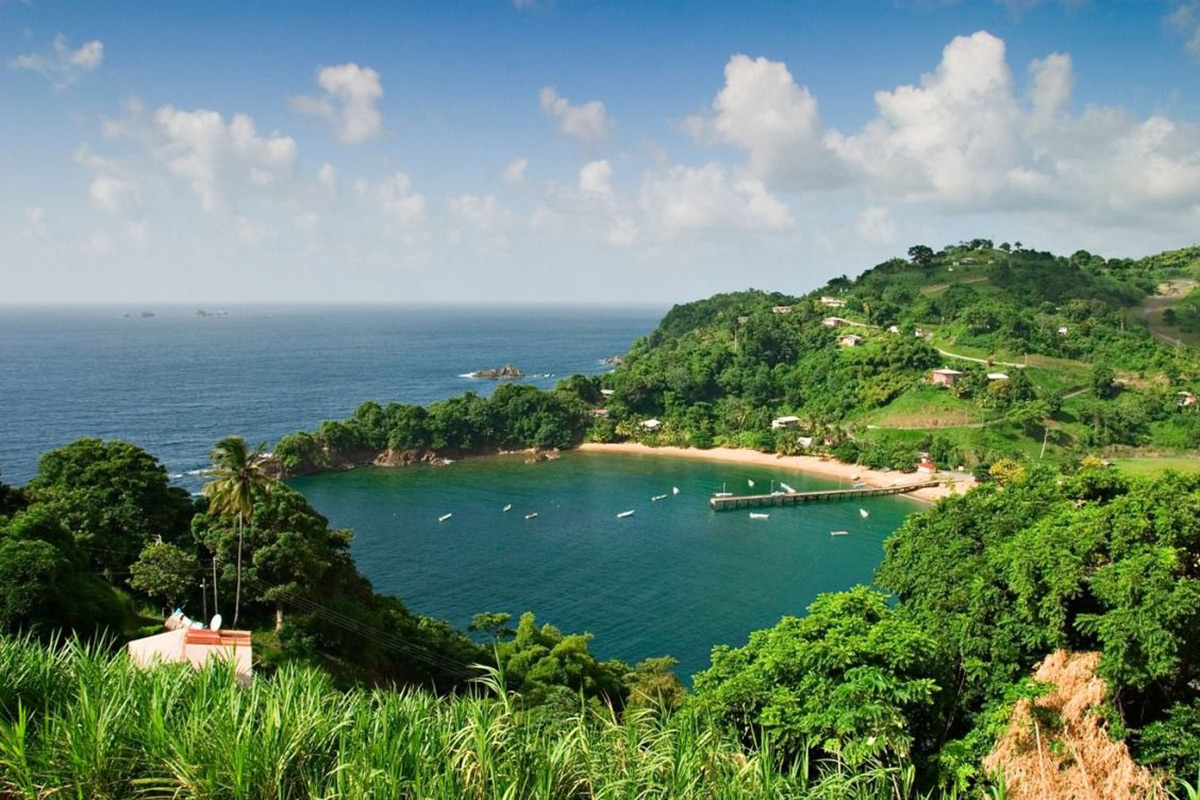 Cuba will, of course, remain hot throughout 2017 but, also, logistically complicated. Yes, change will come but not overnight. Rather than join the “mad rush” to experience Cuba now, head to Trinidad and Tobago. The islands’ unique mix of wild nature and distinct culture make them a refreshing alternative to the typical Caribbean beach vacation. Katalina Mayorga, the trendsetting owner of El Camino Travel, was so blown away when she visited Trinidad and Tobago last year that she immediately developed a trip for 2017. The weeklong itinerary mixes cultural experiences (dancing to soca music and tasting that national dish, roti) with jungle adventures and beach lazing. 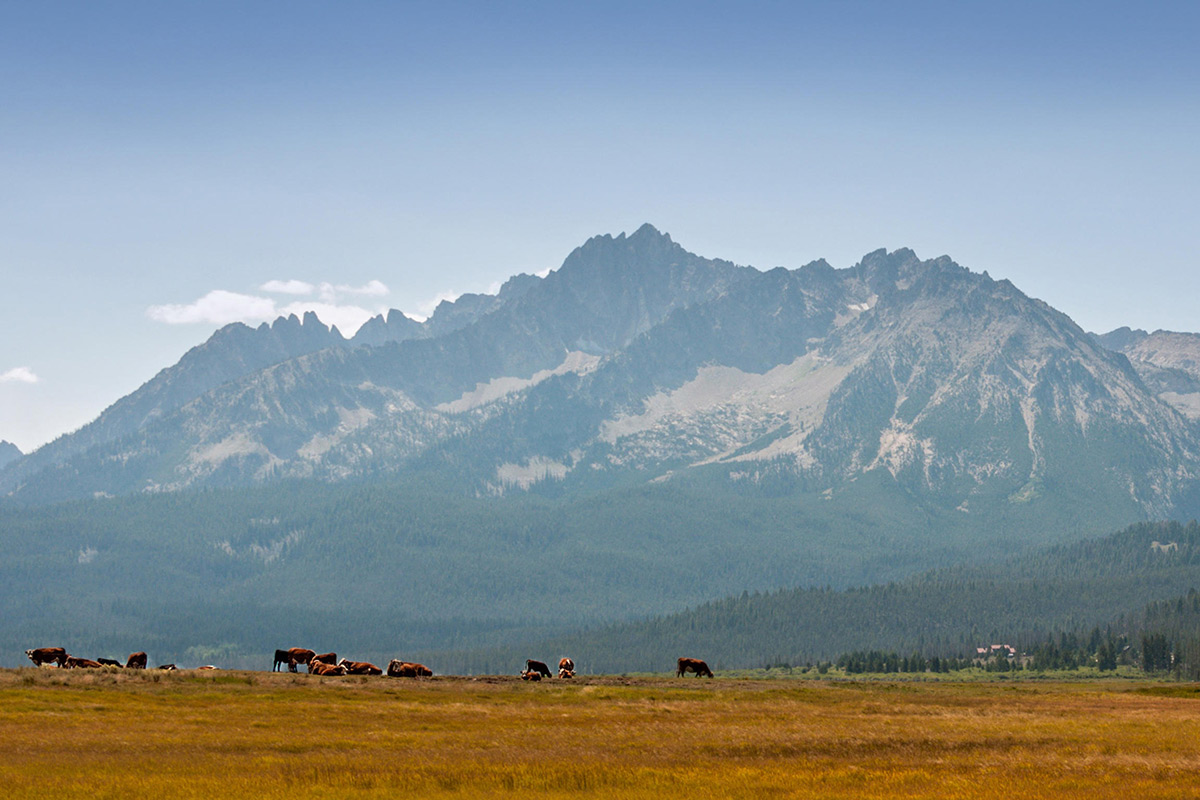 Idaho is having a moment. The capital, Boise, may not have an Ace Hotel yet, but it’s quietly setting itself up to be one of America’s most desirable second-tier cities with hip lodging like the Modern Hotel + Bar, indie coffee shops, creative hubs, distilleries, and a serious craft beer scene. And then of course, there’s the incredible access to the outdoors, including more than 190 miles of trails to hike, run, and bike in the Boise Foothills. Hemingway’s beloved Sun Valley, while often overlooked for glitzier mountain towns like Telluride, Park City, and Jackson Hole, is having a renaissance. America’s first destination ski resort area offers some of the best slopes in the U.S. and still maintains a laid-back mountain-town feel (think Aspen in the ’60s). The December 30 opening of the Limelight Ketchum, the first new hotel in more than two decades, will bring some youthful energy to the mountains. Farther afield, Selkirk Powder Company recently announced it will be offering heli-skiing trips to the Idaho panhandle beyond the Schweitzer Mountain backcountry, giving adventurers access to the rugged and untapped American Selkirk Range of northern Idaho. 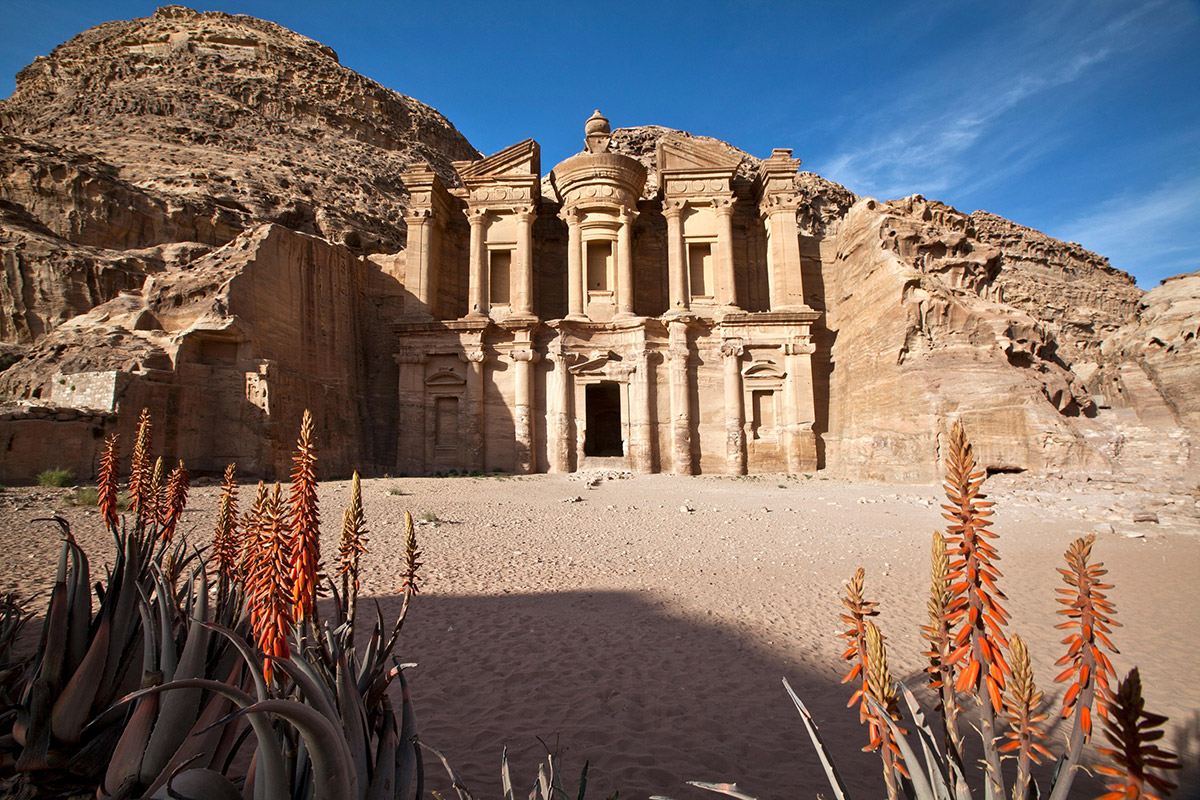 Outdoor lovers, trekking enthusiasts, and pilgrims looking for an alternative to Spain’s legendary Camino de Santiago should consider a trip to Jordan. After five years of work by 40 volunteers, the 370-plus-mile Jordan Trail was recently completed, connecting the country’s very diverse landscapes, from the Mediterranean-feeling villages of the north to the dramatic Jordan Rift Valley and the Red Sea. Lodging options along the trail range from cushy lodges like Feynan Ecolodge to homestays and camping. Three Jordanian women recently completed the entire trek in 33 days. If you don’t have time to walk the entire route, which spans the length of the country, choose one section, like a seven-day one from Petra to Wadi Rum.

Aarhus has never gotten the hype of Nordic cool cities like Copenhagen or Stockholm, but Denmark’s second largest city is primed to be the new Nordic star. Crowned the European Capital of Culture and Region of Gastronomy in 2017 (the first time that one city has held both titles), Aarhus will have the stage to show off its riches: restaurants, museums, and galleries; some of Denmark’s best beaches; and Mols Bjerge, one of Denmark’s four national parks, is just a short drive away. Be sure to have Hærværk, Substans, Såårt, and Frederikshøj on your restaurant cheat sheet. The ARoS Aarhus Art Museum has a stellar collection, plus a seriously great new restaurant that also affords some of the best city views. When it opens in the summer of 2017, Carmel, a 1920s-inspired boutique hotel, will be the city’s coolest new base.

Bogotá and Cartagena have been buzzy for the last few years, but the recent signing of the peace accord ending the country’s 52-year war with the FARC guerilla army will attract tourists to cities like Medellín and Cali. Coffee aficionados should head to the interiors and explore Colombia’s coffee triangle. Plan a visit from November to March so you can partake in the coffee harvest. The best bases include Casa Galavanta, located in the heart of the lush Sierra Nevada de Santa Marta mountain range, and the eight-room Hacienda San Jose Pereira.